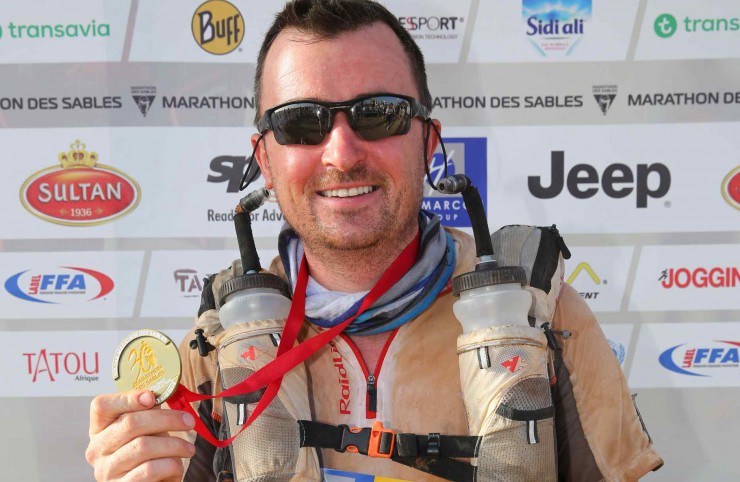 Congratulations to past pupil, Brendan Hennessy, who completed the ‘Marathon Des Sables’ (six marathons in six days across the Sahara Desert) in April 2015. Day four of the race was 92 kilometres this year. It is a self supported event so competitors must carry their own food and supplies for the week excluding water and are only given a place to sleep at night in a tent.

He along with his colleague Bob Manson are raising money for St Raphael’s Special School and the Peter McVerry Trust. As part of the fund raising they are having a 5k and 10k walk/run in Fitzwilliam Lawn Tennis Club Dublin followed by a BBQ on 23 May 2015. Every cent raised goes to the charities.

More details on both the Marathon Des Sables and 10k road race can be found on the website: http://www.bobsfunrun.ammadoevents.com/