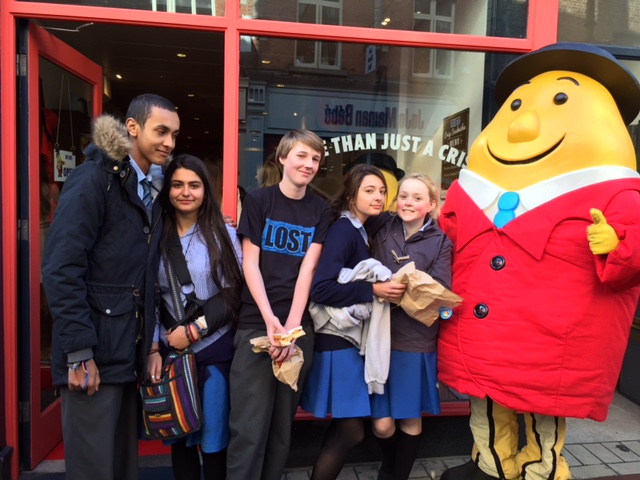 A small part of Dubliner heritage was celebrated by TY on Tuesday with Tayto sandwiches!  A pop-up shop dedicated to Ireland’s favourite crisp has opened on Wicklow Street and €1 of each €2 sandwich sold  goes to The Simon Community, a charity which supports the city’s homeless.

Joe “Spud” Murphy created the world’s first cheese and onion flavoured crisp. Murphy, an inveterate crisp-eater, found the products on offer to be so insipid – the only “flavour” available was salt, which had to be sprinkled from a little bag sold inside the packet – that he launched his own crisp company Tayto.

Of course a cultural outing cannot end with crisp sandwiches, no matter how interesting their provenance. TY went on to see “Difret” in the IFI. In keeping with Dev Ed theme this is a compelling social drama, the film follows Hirut, a 14-year-old girl kidnapped on her way home from her small rural school who kills her assailant in self-defense and is then charged with his murder.