Home » News » Secondary News » 5th and 6th years Girls: A trip out for lunch and a little Quasar!

5th and 6th years Girls: A trip out for lunch and a little Quasar! 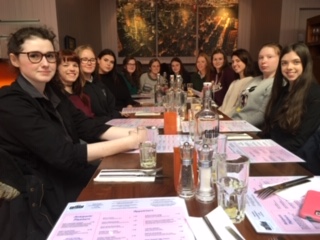 After school on Wednesday January 16th the Fifth and Sixth Year Girls didn’t head home to their individual lives but all met up in Stillorgan for a Senior Girls Class Teacher Trip. Mrs. Maguire Timmins accompanied by Ms. Hall went for lunch with the girls in Gotham Café followed by a game of laser shooting, team building Quasar at Leisure plex. Before going there was a great feeling of excitement amongst the girls and mild apprehension within Mrs Maguire Timmins as she thought Quasar ‘wasn’t really her thing’! But once teams were created and laser packs and visors were on, the adrenalin kicked in and the game began. Amid shrills of excitement and fits of nervous giggles the 30-minute game felt like two minutes and the blue team, of which Mrs Maguire Timmins was a member, was victorious! It is always a positive experience to engage with the students outside of the classroom and this event was no exception. Delicious food was consumed, stories were shared, and good memories created. A lovely event and thanks to Ms. Hall and the students who organised it. 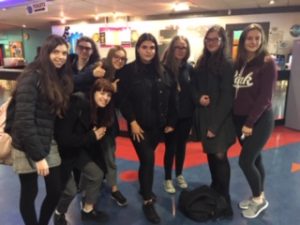 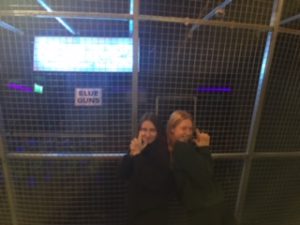