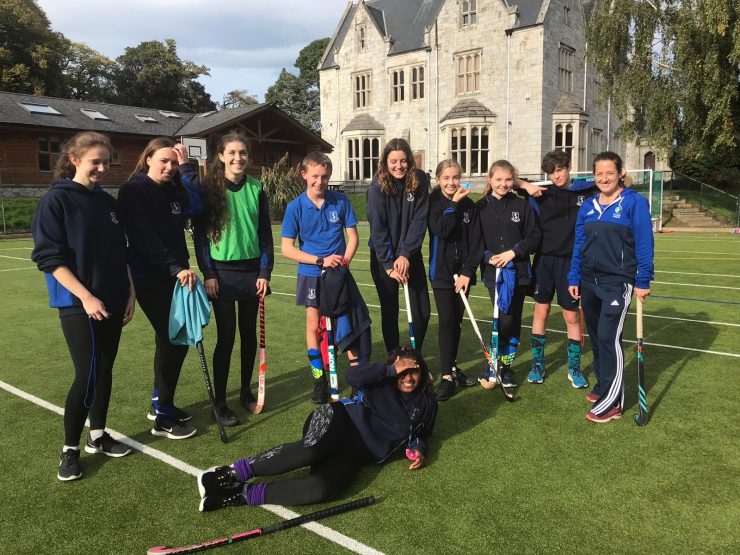 With the beginning of a new school year brings the beginning of a new year of sports in John Scottus. After a busy first few weeks, training for our various sports clubs have begun both during lunch times and after school.
Wednesday after school sees our boys Soccer and Girls Hockey teams train for 1 hour on the grass and astro pitch respectively. Matches for both these teams will begin after the mid term break. During the first term students also got the opportunity to participate in a Young Future Leaders Award Hockey Coaching Course. The 6 hour intensive course gave participants new skills in both coaching and the rules of Hockey.

Our schools Ultimate Frisbee teams and Basketball team have also begun their training during our lunch times. Our boys Junior and Senior Frisbee teams travelled to Gonzaga the last week of term to get some important match practice in before bigger competitions later in the year.  Our girls team will travel to Muckross Park College the first week back from mid term so they too can get some match practice against an extremely high level of opposition.

In addition to this the schools athletics club will be starting shortly after midterm and will take place on school grounds during lunch period. Students will train every week and will take part in various athletics events throughout the year.