STEM in the Classroom. 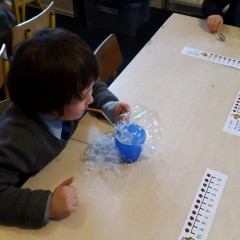 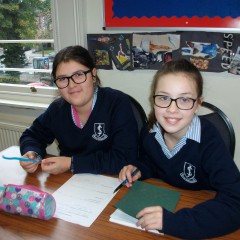 The teachers in the primary school have been participating in a Science, Technology, Engineering and Maths (STEM) programme over the last few weeks. They decided to take the experiments they have been doing and to let the children investigate them in class. The three experiments being worked on are to do with kitchen towel, washing up liquid and tennis balls. The question we asked the children was ‘Which one is best?’

The children, in groups, had to decide what ‘best’ meant. Best at cleaning, absorbing, strongest, the one that creates the most bubbles. Each group had to come up with their own experiment question that they wished to investigate. There was also some discussion around the area of ‘fair testing’. How can we make this experiment fair?

The children engaged in incredible discussion and problem solving during these sessions. They questioned, planned, examined, explored, tested and found results and then discussed their result with the class. The school is alive with the buzz of Science.

In the most recent session we were exploring how the temperature of a tennis ball affects its behaviour. Ever wonder why tennis championships are not played in the winter? Ever wonder why the tennis ball during a match is changed after every 7 games? If you want to know the answer ask your children as they will be exploring this in the next few weeks.