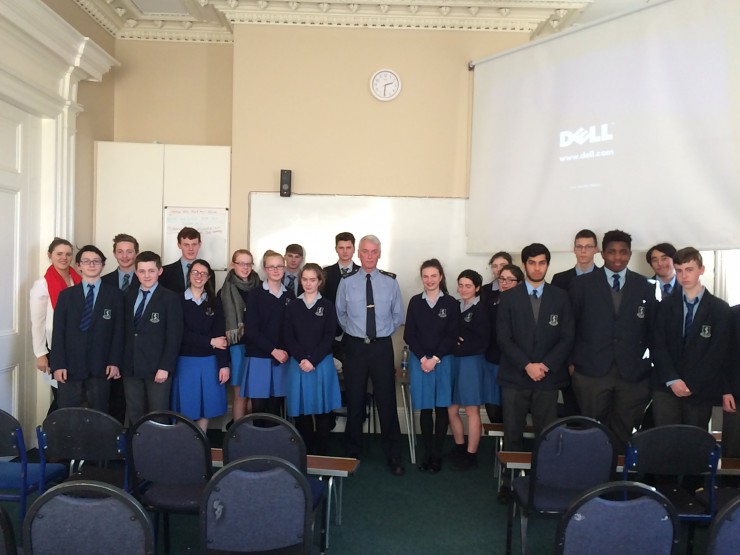 On Tuesday the 1st of March the third year CSPE class visited Cloverhill Courthouse and Prison in Clondalkin. The purpose of this trip was for students to engage with the concept of law and order to enable them to complete their Action Project, worth 60% of their overall Junior Cert grade.

Students began their day by visiting the Courthouse and witnessing a bail hearing. This allowed students to bring their learning to life; they had spent a number of weeks exploring the concept of the law and were able to witness it first hand.

Following the bail hearing, students were taken to the Prison where their tour guide greeted them, Garda Joseph. The students were shown items that had been smuggled into the prison and consequently confiscated from prisoners. They were then taken on a tour of the prison where they were shown various rooms around the prison such as the operations room where all of the security cameras are monitored, visiting rooms, the gym and the outdoor space.

Students also had the opportunity to go into a prison cell and experience what is felt like when the door was locked. Some of our students were also handcuffed and showed what it felt like for prisoners. Finally, students got to see the riot room and see the equipment that is used in the events of a riot.

Overall students thoroughly enjoyed their day and more importantly they asked lots of questions, learned more about the legal system and what the consequences of breaking the law are. The students are now busy writing up their action project in preparation for the official hand up date on April 20th.